I have a few thoughts on the Harvey Weinstein affair which seems to dominate so much of the news cycle currently.

Back in my acting days (IMDB) the casting couch was a well-known phenomenon, and basically just a “given” as being part of “the Biz”. It wasn’t a guarantor of success – there were plenty of stories, whether apocryphal or not was hard to know, about people who succumbed but then ended up on the cutting room floor anyway, their careers going nowhere. 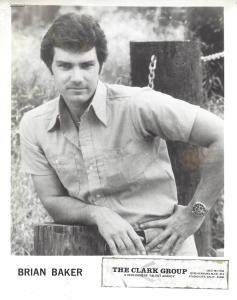 I was a good-looking guy back in the day, so I got the occasional “offer”, from both gays and straights, which I’d simply shrug off. In the “arts”, particularly show business, there are a lot of attractive people, many with the morals of alley cats, in a fluid social situation and work environment with a constant flux of people coming in and out of the setting. Opportunities for what’s nowadays called “hooking up” abounded, so human nature being what it is, there were many who exploited it for sexual gratification.

I think what sets Weinstein apart from others is his aggression, and lack of any restraint; his willingness to push beyond the bounds of “normal” sexual pursuit and engage in acts of outright perversion, and assert force against completely unwilling victims. Not only using, but grossly abusing, his position of power in a disgustingly thuggish manner. His refusal to take “no” for an answer.

Right now this issue’s getting a lot of play, and Weinstein seems to be getting his much-deserved comeuppance (though we’ll have to see how that plays out in the long run). But if people think the phenomenon of “workplace

harassment” is going away, I think they’re in for a big disappointment. Unfortunately, we’re talking about something that’s part of the human experience: exploitation, whether for sex or other ends.

This isn’t unique to Weinstein or show business. We’ve all read about the same types of activities taking place in other venues: the military, the board room, the office, politics.

The Weinstein affair is getting all this attention because of the celebrity of the people involved; their notoriety, their high profiles, their magazine-cover fame. But ultimately, this dust will settle, and then what?

Frankly, I don’t think things will change very much. The Hollywood denizens will have expressed their outrage, and patted themselves on the back for their “courage” in speaking out, and everyone will go back to what they were doing before the headlines were splashed all over the place. The “casting couch” will continue, though more discretely. The Weinsteins of the future won’t go as far as actually forcing themselves on unwilling victims, but other than that the status quo will probably remain largely unchanged.

In saying this, I don’t think I’m being cynical. Simply realistic. History is replete with examples. The Fatty Arbuckle scandal of almost 100 years ago; Howard Hughes’s “stable of starlets” back in the ‘40s; Hugh Hefner, the ultimate “dirty old man”, and his revolving door of “playmates”; Bill Clinton’s “bimbo eruptions” and Lewinsky’s blue dress. Harvey Weinstein is simply the latest in a long and sordid line of scandals that have hit the public’s radar only to quickly fade away.

(Also published today in my local newspaper, The Signal).