I hold a valid Private Investigator license out here in the great state of Commiefornia. I qualified for it as a result of my experience as an Army Military Intelligence agent. But in my varied work career there was a time period of a couple of years when I worked as an in-house Case Manager for a criminal defense law firm here in Lost Angels. That meant I did the original screening and preliminary investigations on cases involving our new or prospective clients, a varied assortment of scumbags. 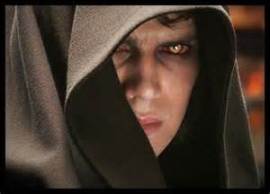 As an aside: yeah, yeah… I know… I was working on the Dark Side. It’s true. But it did give me some great stories with which to regale friends and family. You’d actually be surprised at how creative some of these idiots could be in formulating their laughable “defense”. You wouldn’t think they had it in them.

But the most-used defense they most often came up with is what we laughingly called the SODDI Defense. Some Other Dude Did It. No matter what evidence the cops had, it was always our new client who somehow had failed to perceive that he was being framed by Some Other Dude, or he was the hapless victim of actions taken by Some Other Dude.

Dope in your pants pocket? Not MY pants! I borrowed them from Some Other Dude.

Gun in your car? I don’t know how that got there! Some Other Dude was sitting in the car and must have left it!

Girlfriend dead in your bed? I didn’t hear a thing! Some Other Dude must have snuck in and did her!

I have to tell you, from what I’ve seen Some Other Dude is one busy guy. All we have to do is catch him and we’ll have solved any crime problem we have in this country.

Which brings us to the ObaMessiah and his minions. Has anyone other than me noticed a pattern here?

Operation Fast And Furious, the gunrunning scheme to ship “assault weapons” to the Mexican drug cartels, resulting in several hundred deaths of Mexican citizens and one US Border Patrol Agent. Per the Administration, it was all due to decisions made by low-ranking local personnel. “We didn’t know a thing about it!” SODDI!

The latest revelation of governmental misprision, that the IRS targeted conservative organizations for audits and other forms of harassment. Per the Administration, it was all due to decisions made by low-ranking local personnel. “We didn’t know a thing about it!” SODDI! Again. Yeah, right…

Apparently in this administration made up of the “Gang That Couldn’t Shoot Straight”, no one commands anything. Certainly no 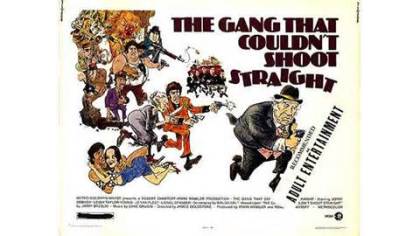 one ever takes responsibility. It always seems to be “low-level” employees running around making all kinds of policy decisions to the complete surprise of the bosses once they bungle the job and get caught.

Now we have the latest scandal du jour, the Justice Department illegally obtaining the phone records of Associated Press bureaus and reporters. Obama’s response? “I know nothing!” SODDI, no doubt.

Are we seriously supposed to believe that no one takes charge? NONE of these political hacks have any responsibility? They let junior people run around making policy decisions for the COUNTRY?

How come they could all manage to be “on the ground” in their war room, posing for the pictures all tense and tough and alert while watching Seal Team Six waste bin Laden, but no one was available while our ambassador was being slaughtered over several HOURS?

How come they couldn’t control their own shipments of guns to Mexico that were supposed to result in the decimation of the drug cartels, but we’re supposed to believe that further gun control laws will do anything at all to reduce domestic crime?

Why are “low-level IRS agents at a local facility” allowed to make policy and screening decisions about which applications and returns to audit without ANY supervision at all, according to the Administration’s SODDI defense? Why is the Justice Department running around illegally grabbing phone records without any supervision by anybody, with no accountability or responsibility?

Whatever happened to “The Buck Stops Here”? When did it turn into “Buck? What Buck? Some Other Dude stole the Buck!”?

Or are they full of baloney and trying to duck taking their medicine?

There’s only one answer that makes any sense at all… You be the judge.