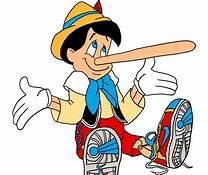 On 20 June The Signal published a column by Anthony Breznican, entitled “Family separation is cruel — but familiar”, which I found to be very interesting and informative.

For those who don’t know who he is, Breznican is a local hard-left activist, and I think his column offered a telling insight into that mentality.

He starts out by telling a story about a conversation he had with his two little kids, aged 9 and 5, while on the way with them to a demonstration in downtown LA about the separation of kids from illegal alien border jumpers. Per Breznican, as he tells it: “I said these are people following the rules. They are asking for help, not sneaking in.”

He goes on to say: “Rather than keeping the families together while we figure out their situation, like we used to, we are separating the children from the parents, and putting them in detention camps.”

And of course, from there he goes on to rant against Trump and Steve Knight, our local congressman who’s running for re-election.

Several things jumped out at me. The first was about the parental wisdom of taking such little kids, especially a 5-year-old, to a political demonstration. I’m a parent and grandparent, and wouldn’t have dreamed of doing such a thing, even though I’m also very politically active. I think it’s a really, really bad idea, regardless of one’s political affiliation.

But more importantly, and illustrative of the mindset of the hard left, is the disconnect from actual facts that we see in the things he told his kids.

Exactly what “rules” have the border jumpers been “following”? In what alternate universe are they “not sneaking in”? They certainly haven’t gone through any legal process to arrive here on our border. If they had, they wouldn’t have been detained in the first place, would they? And they wouldn’t have been separated from their kids… which is exactly the same thing that happens to ANY lawbreaker who’s arrested for any crime, as I wrote in my last column.

Further, this separation policy isn’t anything new at all. The policy was set in place as a result of a consent decree signed in 1997, while Clinton was President, to satisfy the judgment in a law suit filed in federal court, and these separations have been going on since then, under Clinton, Bush, and Obama. So, sorry Breznican, but “we used to” separate families for quite a while, in fact.

There have been periods when the percentage of those caught jumping the border and detained was lower, such as under the “catch and release” doctrine, particularly under Obama, and look at how well that worked. Pretty much not at all, because once released, those illegal aliens for the most part never showed up in court for their hearings, disappearing into the vast sea of the illegal alien underground. It was basically a de facto open border policy, which is exactly what the left really wants, of course.

To summarize, and put it plainly, in order to indoctrinate his young kids into his ideology, Breznican has flat-out lied to them. That’s what I found so illuminating about his column.

Now, it doesn’t exactly come as a surprise, since the American left uses flagrant lies to advance their agenda as a matter of course. That’s just SOP. But it was certainly fun to see it so blatantly illustrated in that column.

Well, I guess Trump’s stolen the left’s thunder now, having changed the policy under executive order so as to not separate kids from their parents. So, instead of being transferred to some form of foster care suitable for young kids, I guess they’ll be accompanying their illegal alien parents to detention.

How ironic. Breznican should be careful what he wishes for. But I have faith in him. I’m confident that with a little… manipulation… of the truth he and his cohort of fellow American socialists will still find some way to carry on with their smear campaign against Trump and, by extension, Knight.

It’s what they do.

(Also published today in The Signal)