On June 6th The Signal published a column by Josh Heath entitled “The progressive case for ending welfare” (Link), in which he advocated what is essentially a “working welfare” government program

Unfortunately, I think he overlooked a major flaw in his proposal.

You can’t really “create” those jobs because they already exist in our government work force. If there’s something that needs to be done — such as his examples of building roads, schools, teaching, whatever — there’s already someone doing it, as those things already exist as government programs or through bureaucracies.

So you can’t create “new” jobs; all you end up really doing is replacing the current workers, many of whom are private-sector contractors, with “working welfare” employees.

The country’s economic model pre-FDR was fundamentally different from today. The government had a much smaller role, so FDR was able to create jobs out of pretty much thin air – though the long-term economic benefit to the country has been doubtful at best – and ultimately the slack was really taken up by the manpower demands of engaging in World War II.

Since that time, the government has grown into a gargantuan entity with its tentacles woven throughout our economy, the natural result of FDR’s expansionist policies. So the economic reality of Heath’s proposal would result in major disruption of a significant portion of the work force as current employees – both direct and indirect (such as vendors and contractors) – were replaced by the “working welfare” employees. In fact, all you would really do is create an entirely new group of people without jobs, merely shifting the burden from one group of people to another.

Just as the Obamacare promise of solving the problem of the chronically uninsured actually only shifted the demographic from millions of the “poor” to millions of the middle class, Heath’s proposal also will only trade one set of the unemployed for another. It doesn’t actually “solve” anything.

In regard to Gary Horton’s column “America: just another nation?”, published on 7 June (Link), I have to say, it really is a lot of fun watching lefties wail and moan. I want to examine a couple of his complaints.

Okay, NATO. Trump hasn’t withdrawn us from NATO. What he HAS done is tell our “partners” that they’re finally going to have to pay their actual commitments to their share of the funding, something virtually ALL of them have been shirking for God knows how long. What a drag, right? So instead of coasting on our dime, and wasting their own money on their social welfare programs, now they’re gonna have to pony up. Bummer, I’m sure.

The Paris Accord. That scam that’s SO bad that it was never even submitted to the Senate for ratification, because it was a sure-fire epic fail there. Yep, Obama had his “phone and pen”, but now, so does Trump. Same phone, same pen. So now we’re out.

That’s a GREAT deal for America. Instead of keeping our cheap and abundant energy resources uselessly in

the ground, while China and India charge ahead with their massive coal-fired energy projects, all while we chase after expensive “green energy” fantasies, we can use those resources to improve our economy and standard of living. Instead of losing millions of jobs and throwing hundreds of billions of dollars to Third World corruptocracies in a massive international wealth redistribution scheme in which we’re the victims, we can keep those jobs and those monies for our own benefit.

Gary: “So much leadership and potential trashed, all in 138 days.”

Well, yeah, I know it looks like that… to him. But to me it looks like we’re finally veering away from the socialist highway the lefties had us on. I can sure understand why that upsets so many of them, while a whole lot of US are cheering.

To me it looks like in that same 138 days Trump has actually made a great effort to live up to and fulfill his campaign promises, something I had little confidence he was actually going to do. I’m very impressed!

(Also published today in The Signal)

You may or may not have read that recently sixteen state attorneys-general, including Commiefornia’s own Kamala Harris, as well as US Attorney-General Loretta Lynch, have threatened to prosecute those who “deny” the “climate change” hysteria that’s become gospel to the radical Left.

Well, let me make it perfectly clear: I absolutely reject the “climate change” hysteria and dogma that these fanatics are trying to foist on the entire planet. This planet’s been around for about 4.5 billion years; the climate’s been “changing” for every one of those years; and absolutely nothing that mankind can do will stop that from continuing… ever!

In fact, if the climate ever WERE to stop changing, life on the planet would never evolve. That change is the driver of evolution; it’s one of the reasons why dinosaurs aren’t the prevalent life forms here, and why we’re not dodging woolly mammoths and saber-toothed cats on our daily commute (though most likely we’d have never even developed). As I’ve written before, 10,000 years ago, a blink of the eye in geological time, the North American continent was completely covered with permanent pack ice over a thousand feet thick all the way down to what is now Central California.

On top of all that, even if it were possible to “stop” the climate from changing, which it’s not, why would that necessarily be a GOOD thing? Who’s to say that NOW is the “perfect” climate? Why wouldn’t the changed climate a few hundred years from now be even better, if that were to happen? Do those hysterics have some kind of crystal ball or something? So exactly who are the REAL “deniers” on this subject?

So there. That’s my “denial”. Come on and arrest me. I dare you.

But here’s the most disturbing aspect of this whole initiative. Unable to enact their radical 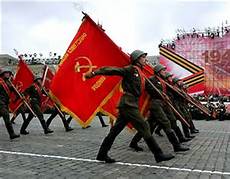 Big Government agenda legitimately in this country, these jack-booted thugs want to ignore the First Amendment and criminalize free speech and legitimate dissent by prosecuting those who disagree with them under RICO and various other statutes.

This reminds me of the fate of Galileo. In the late 16th Century, the “official” science of the time, as promulgated by the Catholic Church, held that the Earth was the center of the Universe. However, Galileo published works promoting the Copernican view that this planet revolved around the Sun. Ultimately, for promoting what turned out to be the correct scientific fact of the matter, Galileo was tried by the Church and convicted of heresy.

Now here we are, in the 21st Century, and history is repeating itself. As Yogi Berra noted, it’s like déjà vu all over again.

This is beyond outrageous. It’s beyond being un-American. This is flat-out tyranny. 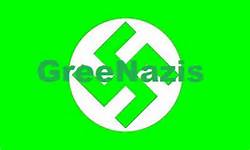 (This column was also published today in my local newspaper: http://www.signalscv.com/section/35/article/151491/)

That must mean there’s 4 more weeks of winter coming…

Just like Punxsutawney Phil’s annual Groundhog Day appearance to “predict” whether or not it’s going to be a long winter, it’s that time of year again when all the global-warming nuts make their appearance to pester the rest of us with their wild-eyed hysteria about the coming end of the world due to mankind’s driving too many non-electric cars, or something.

The “global warming” scam is just fodder for the socialist Kool-Aid gulpers. The fact of the matter is that the planet is a bit over 4 billion years old, and in that time the climate has always been “changing.”

Always has, always will.

And thank God for it.

Ten thousand years ago — a mere blink of the eye in geological time — half the Northern Hemisphere was completely covered with pack ice over a thousand feet thick, extending all the way down to what is now central California.

What happened? Those woolly mammoths drive too many SUVs? Those Stone Age people keep their thermostats set too high?

A couple of decades ago, Al Gore was babbling about how, right about now, New York City would be submerged.

Even though I find a lot of appeal in that idea, I have yet to see news video of people swimming down Park Avenue.

Meantime, the polar caps on Mars were shrinking, last I read about it. Is the Mars Rover belching out too many hydrocarbons? Those Martians irresponsibly using too many spray cans of hair gel, or what?

Back in the ‘70s, the big “coming disaster” was “global cooling.” We even got to be treated to periodic Hollywood post-apocalyptic disaster movies about it, too.

Of course, “cooling” is now no longer de rigueur. And since the “climate” hasn’t actually warmed in almost 20 years, the socialists are now using the more all-encompassing term “climate change.”

And since the climate is always changing, that’s a pretty clever catch-all. No matter what … “The sky is falling!”

This entire “climate change” scam is so ludicrous that no one with half a brain falls for it anymore. Which is why polling data places it w-a-a-a-y down the list of people’s priorities.

Time for the socialists to get a new script. That one’s definitely in turn-around.

The planet’s climate is an incredibly complex dynamic system, driven by solar forces, planetary, geophysical, meteorological, geological, oceanic, astronomic, and cyclical influences, among many, many others.

Football is a much simpler dynamic, not nearly as complex. How come, at the start of the season, the “experts” can’t tell us which teams are going to be in the Super Bowl, which one’s going to win, and what the point spread will be?

Once they can do THAT, maybe I’ll have some confidence in these Chicken Little “climate predictions”, and their lame attempts to blame mankind for what is in reality a natural phenomenon.