I’ve said it before, right in these pages: we’re in the midst of a civil war in this country every bit as profound and fundamental as the one that took place in the 1860s. So far it’s been pretty bloodless, but make no mistake. We’re in a battle for the very soul of this nation.

In the two years since Donald Trump put an end to Hillary Clinton’s “unstoppable” ascendancy to the Oval Office the Dem/socialists have cranked their outrage meter all the way up to eleven, culminating in the outrageous and despicable attempt at character assassination targeted against Brett Kavanaugh during his confirmation process as a Supreme Court justice.

Fortunately, that attack failed and Kavanaugh has been seated. But that battle may well not be over. Many of the Dem/socialists’ leading voices – luminaries such as Nancy “The Red” Pelosi, Cory “Spartacus” Booker, and Maxine “Muddy” Waters, among others – have intimated, if not outright promised, that they will explore the possibility of impeachment, not only of Kavanaugh, but Trump himself, too, if they manage to take over control of the House of Representatives.

It doesn’t matter to the unhinged left that there aren’t any “high crimes and misdemeanors” upon which to hang an impeachment charge, nor that removal from office requires a 2/3 vote in the Senate, a level impossible to attain. This is all political kabuki, theatrical melodrama designed to impede the political process while chomping from a bowl of sour grapes.

We need to put an end to this right now.

The first step is to make sure that Katie Hill doesn’t win election to the House of Representatives. She’s already made her position clear on Kavanaugh, calling him a “serial predator” in a tweet (https://twitter.com/KatieHill4CA/status/1045009222918799361).

As I discussed in my September 19th column (“A Lynching in the Senate”) there was no actual evidence to support the outrageous accusations, but that evidently didn’t mean anything to Hill. Is that the mindset we want to see in the person representing us in the US House of Representatives? Guilt and personal destruction by unsupported accusation? Do we want to send her to Washington so she can hop on the impeachment bandwagon?

Throw in the nature of the policies she supports – gun control, government-run healthcare (which will destroy both healthcare and the economy), amnesty – and you have a hard-left activist who I believe doesn’t represent the values of our community.

We have our work cut out for us at the state level, too. If and when the Sacramento socialists get a super-majority, bad things will happen. You think the gas and car registration tax hike was bad? Well, buckle up if they get even more power!

To that end, it’s a big “NO” on Christy Smith and a “Yes!” for Dante Acosta. For those of us in the north part of the SCV, Tom Lackey gets the nod over Steve Fox.

The race for Governor is pretty much a no-brainer. It’s interesting how, in his media ads, Gavin Newsome tries to come across as reasonable and moderate. All you have to do is look at his tenure as Mayor of San Francisco to see the real face behind the mask. John Cox is the guy to vote for.

Leftist extraordinaire Xavier Becerra is being challenged by Steven Bailey for the post of state Attorney-General. This is an often-overlooked position in people’s election thinking, but it really is quite important. Let’s support Bailey.

At the local level, I’ve previously mentioned that we have a group of radical leftist activists who have “endorsed” certain candidates for some of the offices on the ballot. To me, that’s a list of candidates to avoid. Here they are:

City Council: Haddock, Trautman, and Logan Smith. There are 12 other candidates from which you can choose, including my friend Jason Gibbs.

You may have noticed I didn’t mention the race for US Senate. Feinstein versus De Leon. Well, it reminds me of a movie: “Dumb and Dumber”. I’m sitting that one out.

I’m not a member of any political party, so, as a conservative “independent”, those are my recommendations for the upcoming elections.

Vote as if your kids’ futures depend on it. Because they do.

I often say that when it comes to politics the only person I agree with 100% is… me.

I think that Ronald Reagan was the greatest President this country’s had in at least my lifetime – I’ll be seventy in a few months – and even he did things I didn’t agree with.

The same can be said for Steve Knight, our incumbent congressman for the 25th District, who is facing off

against Katie Hill, a local Dem/socialist, in this mid-term election cycle.

To give you an example, I think Knight’s off base on his approach to dealing with our illegal alien issue; he’s a bit mushy. He’s not pro-illegal alien, but he’s also not firm in advocating an approach he endorses to address the broader aspects of the issue.

However, on many other issues, notably Second Amendment rights (an issue near and dear to my heart), he’s a hard charger, a true stalwart. He opposes Common Core in our schools; is a strong “law and order” guy (no surprise given his background as a cop); believes in election integrity and promotes it by supporting Voter ID laws and opposing “all-mail-in” ballots; he supported Trump’s tax plan, which has led to the economic boom we’re currently enjoying; has voted to repeal Obamacare; supports our alliance with Israel; and in general has proven himself to be a Representative who actually represents the values that I believe are held by a majority of the residents of this district and the SCV.

On top of that, Knight brings experience to the table. He’s an Army vet, former cop, and served in both the state Assembly and Senate. He’s completing his second term as our congressional Representative, and currently serves on three committees in the House: Small Business; Science, Space and Technology; and Armed Services.

Hill is a whole different ball of wax. She has no voting record to which I could refer, never having served in elective office at any level, so I had to refer to her web site (https://www.katiehillforcongress.com/home) to 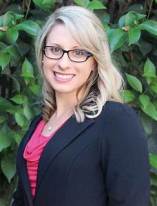 get any useful information about her. In other words, she’s an utter tyro.

Here’s what I found there: “Katie resides in Agua Dulcé with her husband and animals on a small farm… She openly identifies as bisexual… a new kind of candidate, who will work on behalf of all members of this community… is a proven leader… running for Congress to give a voice to the people of California’s 25th district… a proven track record as an advocate for progressive policies… She will continue to be an energetic progressive leader… healthcare that puts patients before profits and the 21st century infrastructure for a sustainable equal-opportunity economy. Katie is running to be part of a new generation of leaders in a new House majority…”.

A “proven leader” how? A “new kind of candidate” in what way? Why do I need to know she “openly identifies as bisexual”? In what way will she “work on behalf of all members of this community” that’s any different from any other partisan political candidate? How would that even be possible, when the chasm between the Republican and the Dem/socialist is wider than the Grand Canyon? Whichever one wins will be representing the interests of the people who voted for him or her. It’s called “winning” and “losing”. I can’t imagine any “progressive” representing any interest with which I agree. “Progressive” is Orwellian Newspeak for “socialist”.

This is borne out by her positions on certain key issues. She’s for “Medicare for all”, which means government-run healthcare. If you like your doctor, too bad. An absolutely budget-busting idea that promises to destroy our economy and medical system.

She’s anti-gun, touting her support of useless gun bans. She spouts the usual “Income Inequality” rhetoric of socialism and class warfare. She opposes school “privatization”, AKA vouchers. On a wide range of important topics, such as foreign policy, defense, and the military, she’s silent.

But the most important part of her message is that of being “part of a new generation of leaders in a new House majority”.

Ah, yes… that hoped-for “new House majority”. That’s the “new majority” that wants to impeach Trump, and that has as members Nancy Pelosi, Maxine Waters, Bernie Sanders and Keith Ellison, among a host of other radical socialists. That’s poised to welcome the latest self-proclaimed Socialist crackpot in Alexandria

Ocasio-Cortez – a woman whose sheer and unabashed ignorance is worthy of a column of its own, complete with laugh track – into its ranks. That wants to roll back the recent tax reform, and return to socialist wealth redistribution.

That’s the “majority” to which Hill wants to contribute and be a part of. Even if she objected to some of their policies – and there’s absolutely nothing on her site that suggests to me that she would – can a young first-term neophyte, with no previous elective experience, be expected to stand up to the likes of Pelosi, Waters or Sanders?

Are you kidding me? Are you ready to hear the words “Speaker Pelosi” again?

And in what way do any of those policies conform to the values of the majority of people in this district and valley?

When I started this column I wrote that I’ve never agreed 100% with any candidate. But I’m here to tell you that the inverse isn’t true. In Hill I believe there’s a candidate with whom I disagree 100%.

How about you? How will you vote this November? I know that I’m going for Steve Knight.