It was an interesting and emotional mid-term election, and the results were pretty much in conformance with historical norms: the out-of-power party – in this case the Dem/socialists – took control of the House, and the party in power – this time the GOP – retained control of the Senate.

The Dem/socialists eked out enough seats in the House to win a slim majority, but sadly for them it was at the expense of “moderates” who were more likely to “cross the aisle” to find compromise with them than those GOPers who remain. In the Senate they actually lost seats, widening the gap and ceding even more power to the GOP and Mitch McConnell, as well as the newly-energized Lindsay Graham.

In other words, the “Blue Wave” that was expected turned pretty much into a trickle.

The wild-eyed Sturm und Drang we’ve seen coming from the left will now be institutionalized. Pelosi unleashed! Maxine Waters on the prowl! Why not?

To get any proposed legislation actually enacted into law will mean it will have to make it through the Senate and past Trump’s potential veto. But that kind of compromise and moderation isn’t the face the Dem/socialists put on their campaign. This is the party of the “#Resistance”! This is payback for defeating Ms. Pant Suit in 2016! It’s time to get even!

That’s why I think we’re in for a couple of years that promise to be highly entertaining; in fact, I think it will be a spectacle.

Much of Pelosi’s House contingent is made up of hardcore zealots who will consider their new majority as being the sign of a mandate to advance their radical agenda. So I think there’s a real chance we’ll see proposals for much more draconian gun control, universal “free” healthcare and education, and a repeal of the recent tax cuts, along with proposals to actually increase taxes.

Now that they’re no longer facing an electorate that might react adversely to such antics – at least for the next two years – the extreme fringe nuts – yes, Maxine, I’m looking at you – will push hard for “investigations” and impeachments; certainly of Trump, and maybe even others, such as the recently-seated Justice Brett Kavanaugh.

Of course, the political reality is that none of these antics are going to actually produce any tangible results. The Senate and the veto, again. But think of the theater of it all! Great political Kabuki!

Pelosi’s problem is compounded by the fact that she probably doesn’t want the House to end up looking like an impotent joke. So she’s faced with a real tightrope walk. How does she get legislation proposed and enacted into law while at the same time appeasing the far-left base that gave her party the House, all while facing a Senate and President who vehemently oppose the agenda of that base?

Meanwhile, Trump will be calling her and her party out as being obstructionist – the “party of ‘No’” – as they try to block his agenda. Trump is also a president who isn’t afraid of government shutdowns, as he’s already demonstrated. We’re not talking about a Bush here. This is The Donald.

The upshot is that I think this actually paves the way for Trump to enjoy a casual cruise to re-election in 2020.

He’s a master at ridiculing and belittling his opposition. Like it or not, he does it masterfully, and Pelosi and Company are going to give him plenty of ammunition.

If Pelosi’s House actually does impeach him – which will be a futile gesture since conviction and removal from office will die in the Senate – it will be viewed as the political stunt it is and redound to Trump’s benefit.

Mueller’s eternal joke of an “investigation” will be revealed as the waste of time and money it was, and will be over, gone, and forgotten.

All the while Trump and McConnell will be ushering judicial and other presidential appointments through the Senate confirmation process, the same process that brought us Justices Neil Gorsuch and Brett Kavanaugh, among many others.

The Dem/socialists don’t even have a viable presidential candidate, at least as of now. Who are they going to run? “Lie-A-Watha” Elizabeth Warren? Cory “Spartacus” Booker? “Lunchbucket” Joe Biden?

I have to say, I’m kind of looking forward to the next couple of years. It looks to me like a lot of good material to write about. 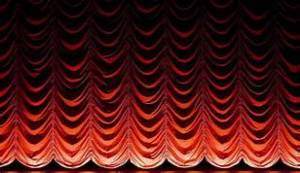 21 comments on “The Kabuki Starts in Three… Two… One…”