If you keep up with the political scene, you know that in the wake of the political massacre the Dem/socialists suffered in this year’s mid-term elections Obama has vowed to take unilateral action on 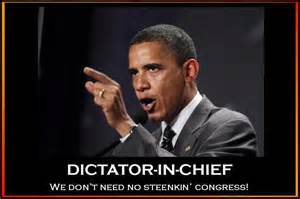 In spite of the fact that such an action is clearly illegal and exceeds a President’s constitutional authority – as noted by no less an authority than Professor Jonathan Turley, noted legal scholar and self-proclaimed “social liberal” (Newsmax article) – Obama seems determined to again ignore and bypass Congress on this (and several other) issues.

As I’ve discussed previously,  impeachment – though warranted – is impractical at this point. Obama’s in his last two years of office; it would be politically counter-productive in the extreme; and the net result, even if successful, would be at best a Pyrrhic victory, leaving Crazy Uncle Joe Biden in the Oval Office. It makes no sense to jump from the frying pan into the fire.

However, as a result of the mid-terms the GOP has taken control of the Senate, securing two of the three levers (House, Senate, President) of legislative control. Now that Harry Reid has been removed from the equation as the Despot Of The Senate, they can easily pass a budget that prevents Obama from spending any funds whatsoever to advance his unilateral actions. They completely control the power of the purse strings.

So, in light of this undeniable mandate given to them by the American people, what’s been their response, along with their bobble-head sycophants in the Establishment GOP?

It reminds me of a little kid scared of the Bogeyman and other monsters hiding under his bed.

Both Mitch McConnell, the new Senate Majority Leader, and John Boehner, the incumbent House Speaker, have already stated that they won’t allow a government shutdown in a budget war with Obama. 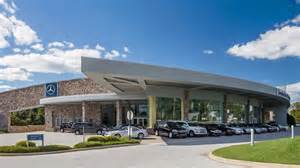 and McConnell. I’ll end up owning the dealership.

They’re scared that any government “shutdown” will be blamed on them, and they’ll suffer politically in the next election. Well, first of all, we just HAD an election about Obama’s policies – as he himself stated – and it turned out GREAT for the GOP.

Secondly, who even worries about any such “shutdown”? Did anyone even notice the last time it happened? Thirdly, it takes two to tango, and any such impasse in negotiations is just as much – if not more so – Obama’s fault as it is the GOP’s… which after all, and again, controls two of the three levers of legislative power. Can’t the GOP find ANYONE who can clearly state that simple fact (other than me, and I’m not even a Republican)?

On top of everything else, we just had an election on these issues; it’s TWO YEARS until the next one; and no one’s even going to remember a “shutdown” that happens now when that time rolls around.

If these gutless GOPers aren’t going to stand up for what they were elected to do, what’s the point in even ever voting for them? How can they ever claim any justification for their very existence, if all they’re ever going to do is play patty-cake with Obama, and let him control the agenda and negotiations on his own terms?

After all, as Obama himself stated, “elections have consequences”.

Someone should alert the GOP to that, and send them a memo.

68 comments on “The Witless, Gutless GOP”