Now that the reality of Obamacare is setting in, we can all be mindful of the fact that we can thank Chief Judas John Roberts for the pain. To refresh memories, it was Roberts who cast the deciding vote when the law was facing its 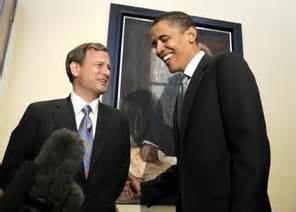 challenge at the Supreme Court, and who single-handedly imposed it on us by deciding that contrary to what even its proponents stated, the IRS penalty for non-compliance wasn’t, in fact, a “penalty” but a “tax”, and therefore constitutional.

Reportedly, he did so with his judicial legacy in mind, concerned that his Court would be treated by history as being too “ideological” or too “conservative”. Therefore, he found a way to throw the decision to the liberals.

In other words, he showed “moderation”.

And what was the result of that “moderation”? Well, the Left still hates him… but now the Right does, too.

What’s my point in revisiting this history? To underscore the magnitude of the mistake the Establishment GOP is making right now in pursuing the same “logic” in their approach to politics as Roberts did in his approach to his legacy.

I first started The Island in 2006, and in the lead-up to the 2008 elections I was vocal and vehement about my refusal to support any candidates who would knuckle under on certain fundamental principles. I don’t consider myself an “extremist” or “fringe wacko bird”. I’m a traditional conservative.

Now here we are, in 2013, with the Establishment GOP essentially at war with conservatives, castigating and denigrating the Tea Party and others who refuse to go along with their eternal “compromising” and “moderation”, even to the extent that Karl Rove and others are forming PACs specifically tasked with targeting and defeating conservative opponents in electoral primaries.

Who are they going to replace those votes with? They’re putting themselves in the position of relying on the same votes the Dems already have locked up. This is a strategic error of the first order.

Nowhere was this better illustrated than in last week’s gubernatorial race in Virginia, pitting uber-leftist Terry McAuliffe against conservative Ken Cuccinelli, a Tea Party favorite. The Democrat Party poured a tsunami of money into the race, while the GOP refused to give Cuccinelli anything more than token support. The result was a squeaker win by McAuliffe who managed to eke out a 2% margin of victory in a race Cuccinelli could have easily won, thereby assuring that the GOP was once again able to successfully snatch defeat from the jaws of victory.

Let me emphasize the point of that story:  THE ESTABLISHMENT GOP WOULD RATHER SEE A SOCIALIST WIN THAN SUPPORT A CONSERVATIVE. 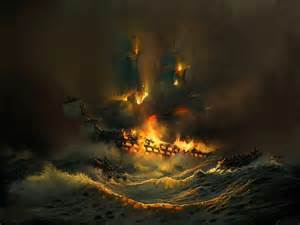 Instead of busily “compromising” with the Dem/socialists, you’d think they’d be trying to find some common ground with conservatives. Instead, they’re setting fire to their own ship while they’re in the middle of the ocean.