In my last two essays we explored Crazy Uncle Joe Biden’s loony advice on self defense: firing your double-barreled shotgun blindly in the air or through your front door.

Well, it turns out his grip on reality is pretty firm compared to Loony Aunt Diane Feinstein. In a meeting last Thursday of the Senate Judiciary Committee, she made the following profoundly amazing claim:

“We have federal regulations and state laws that prohibit hunting ducks with more than three rounds, and yet it’s legal to hunt humans with 15-round, 30-round, even 150-round magazines.” 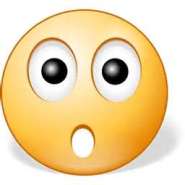 Is there a bag limit? Or can you just get as many as you like on any given day?

And here I was dumb enough to think it wasn’t ever legal to hunt humans, regardless of what kind of weaponry one was using. Silly me…

When it comes to guns, the loons on the Left seem to come completely unglued.

See Her Craziness in action here.